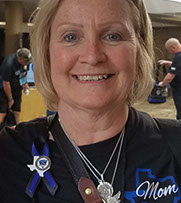 On July 13, 2009, my world was to be forever changed.  My son, Deputy Shane Detwiler, was shot and killed when he answered a shots fired call where the residents of the trailer were shooting at the water company.  Shane served in the Army, then became a Texas Game Warden, when he decided to join the Army reserves and served a year in Iraq earning a Bronze Star.  He then transferred to become a Deputy with Chambers County Sheriff’s Office when he was killed.   Shane was a constant servant for our Country, State and Chambers County.  I don’t know what I would have done without Concerns of Police Survivors.  C.O.P.S. has been with me every step of my journey.  Other surviving parents were quick to come to sit with me during that first week and have been by my side ever since.  I am ready to serve as Greater Houston C.O.P.S. President and assist others through the heartache and grief they have experienced through the loss of their loved one.

Cheryl is the surviving mother of Deputy Shane Detwiler, E.O.W. 7/13/2009.  Cheryl can be reached at cherylrailsback@yahoo.com. 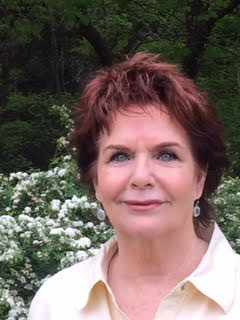 At approximately 3:00 a.m. on September 16, 2004, the most dreaded phone call I ever received was made by my brother's wife of twenty-nine years, Renee Lane.  She said Mike had been flying the helicopter for the Beaumont Police Department that night and his helicopter had crashed.  Later we learned Mike had been killed instantly.  Mike was an accomplished pilot.   C.O.P.S. has helped me realize that there are others who have experienced the pain of losing a loved one in the line of duty.  Now, I am ready to help other survivors.

Carol is the surviving sibling of Sergeant Mike Lane, Beaumont Police Department, EOW 9/16/2004.  Carol can be reached at calane1888@att.net. 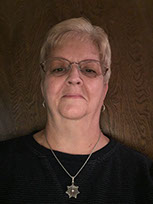 On June 12, 2002, while spending a few days in Galveston with my husband, Ron, we received a call at 5:00 am telling us our son had been involved in an incident. He was at Memorial Hermann Hospital downtown and we needed to get there right away. We were met at the Harris County Line and escorted by a HCSO deputy to the hospital. Once there, we learned that Shane had been shot and killed.

He had responded to a family disturbance call that ended up being a home invasion with 13 family members being held hostage. Shane had killed 2 perpetrators in the house but during the incident, he was accidentally shot by a fellow deputy. Shane was killed in the line of duty by "friendly fire."

Our lives were turned upside down that morning and would never be the same. We lost our son, who was only 29 years old and had a full life ahead of him.  He left behind a wife, a 20 month old baby girl, a brother and us.

We were introduced to C.O.P.S about four months later. We found an organization that truly understood what we were going through. We have learned that by helping others, it has also helped us on our journey of healing. On April 29, 2008 my life and my daughter's were forever changed. I never dreamed that I would be widowed at the age of 28 with a 5 month old baby. But that is exactly what happened. My husband and best friend, DPS Trooper Scott Burns, was on a routine traffic stop when he was brutally shot and killed. Losing Scott was the absolute worst day of my life. We were married for less than two years and had our whole lives ahead of us. We were suppose to grow old together and, in an instant, it was all taken away by a cowardly and selfish act. I felt so lost and alone. I truly felt like no one understood what I was going through. With the encouragement of my DPS Victim Service Counselor, I summoned up the courage to attend the C.O.P.S. Spouses Retreat just four months after my husband was killed. It was the most amazing experience of my life. For the first time since Scott's death, I finally felt like I had a place in the world again. The support system was unbelievable and I felt like I had a new family with C.O.P.S.. This organization has changed my life in such a positive way. I hope that I can help others in their journey through heartache and grief the way that C.O.P.S. has helped me. I am truly honored to be a part of the Greater Houston C.O.P.S. Board.

Michaela is the surviving spouse of Trooper James Scott Burns, Texas Department of Public Safety, EOW 4/29/08.  Michaela can be reached at michaelaburns79@yahoo.com. 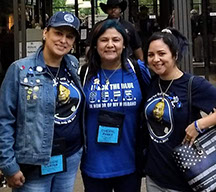 On August 27, 2017 as Hurricane Harvey was ripping through Houston my sister was the one whose life was to be ripped out and forever changed.  On that day Cheryl asked her husband, a first responder, to stay home.   Srgt. Steve Perezs’ response was “We’ve got work to do”; and dutifully walked out the door.  That was to be the last time we were to see Steve.  After 32 years of marriage Cheryl was to start life alone, without her sweetheart.  Steve was a strong and solid individual who loved God, his family, and his community.  His 35 years of service to the Houston Police Department was proof of his dedication to his brothers in Blue.  He paid the ultimate sacrifice and was given honors for his determination to help others during a time of need.  We have been blessed by the City of Houston, C.O.P.S., our Police departments and many other organizations throughout the United States who have been generous in their support and held our hands when we needed it the most.   Our Blue Line family is engrained in our hearts and we will stand strong.  We will pay it forward to those who were part of this amazing organization before we knew it existed and to those who are to come. 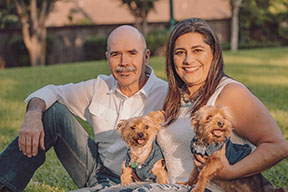 On June 23, 2009 my life was forever changed when my brother Houston Police Officer Henry Canales was shot and killed during an undercover operation. Not having my brother here has been more difficult then I could have ever imagined, there is a void in my heart that can never be replaced. I have been active in the Greater Houston Chapter of C.O.P.S. since 2010 and have served on the board first as Secretary for a few years and now as the Treasurer. I enjoy working with this great organization and giving back to others. Through the hands on programs and other peer support events I have met some amazing people and made some lifelong friends. 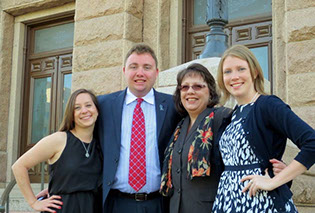 On Christmas Eve morning in 2012 Sgt. Jimmie DeVeril Norman was shot and killed after making a traffic stop shortly before 9:00 AM. This devastating loss of my best friend, my husband and the father of our 2 wonderful children left his family and friends struggling emotionally, but also wanting to honor his memory.   My first contact with Concerns of Police Survivors (C.O.P.S.) was a couple of days after Jimmie's death.  Luckily my brother is long time friends with a previous President of Greater Houston C.O.P.S. and introduced me to what this great organization was all about.  C.O.P.S. members waited in line at my husband's viewing to introduce themselves to me, Daniel (son), Hillary (daughter in law), Dallas (daughter) and every family member in attendance. Truly remarkable!  Our family has been blessed with the support of the Bellaire PD and C.O.P.S.  After the trial, which C.O.P.S. members attended, I knew it was time to get more involved with this important organization. I want to give back and hope to make at least a small difference to the families we are here to support.

Mitzie is the surviving wife of Corporal Jimmie D. Norman, City of Bellaire Police Department, End of Watch 12/24/2012.  Mitzie can be reached at mitzie.norman@yahoo.com. 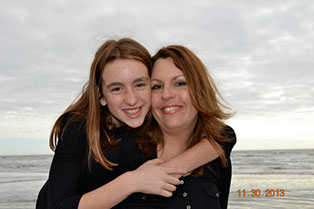 Being a widow at age 34 and left with a daughter to raise on my own is something I never imagined would happen to me, but it did. On April 23, 2006, my loving husband of eight years, Deputy Sheriff Donald Wass, was tragically killed in a motorcycle accident enroute to the department headquarters. A speeding driver entered his lane and struck his motorcycle head-on. Part of me died on that day too. C.O.P.S. was there for me and Jolie from that day forward. Meeting other survivors who understood what we were going through, gave us hope. I can’t even begin to express my thanks for all C.O.P.S. has done for us. I look forward to helping other survivors with their healing.

Amanda is the surviving spouse of Deputy Donald Wass, Washington County Sheriff's Office, EOW 4/23/2006.   Amanda can be reached at awass4218@yahoo.com. Simon felt the desire to provide service to a larger community and began his career with the Harris County Constable’s Office Precinct 5, in February of 1997. He is currently a Captain, supervising over the Civil and Writs Division.

Simon is an Ordained Chaplain through the Crisis Chaplaincy of America, since 2018. 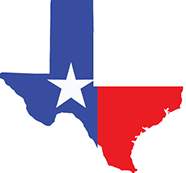 DISCLOSURE: If you would like to help our organization by doing a fundraiser using our name, acronym, trademark or logo, or if you are with another organization and want to reference your support of Greater Houston C.O.P.S. in your organization’s materials, please keep the following in mind: Our organization has developed a proprietary interest in its name, acronym, trademark, use of materials and logo, and all uses of same require our prior approval.  Please submit your proposals or requests in writing to our office.  Copyright © 2016 Greater Houston Concerns of Police Survivors, Inc.